LOVE YOUR SKIN? Come Join Us! 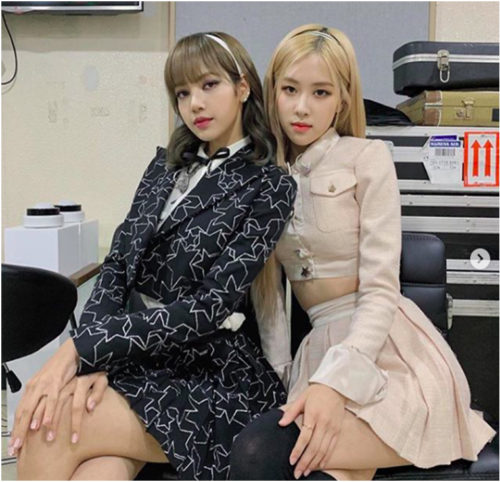 With the entry of the Gangnam era in the early 2000’s, Korean Pop music popularly known as K-pop has now swelled up its market value all around the world with its catchy beats, top-notch music videos, trendy clothes and bright-colored hairs. It is a genre that focuses on visual elements, that allows you to dive deeper than just music and process you to understand the concept and the message behind the songs even if you don’t understand the language.

Here is a quick round-up of why I think K-pop goes far beyond just music.

Men with make-up, tight pants, purses and a lot more that is identified as ‘feminine’ by the society is openly displayed and accepted in K-pop. Idols often wear brightly-colored pink, neon, orange hair and while it is a popular trend, male idols also carry off without getting to be questioned or considered as feminine by doing so. ‘Skinship’ between same sexes are common amongst same idol groups and even ‘Shipping’ members from the same group is not a new thing in this industry.Perhaps, knowingly or unknowingly this has opened ways of adapting a genderless concept in the industry as a whole but no one is complaining, we love it! 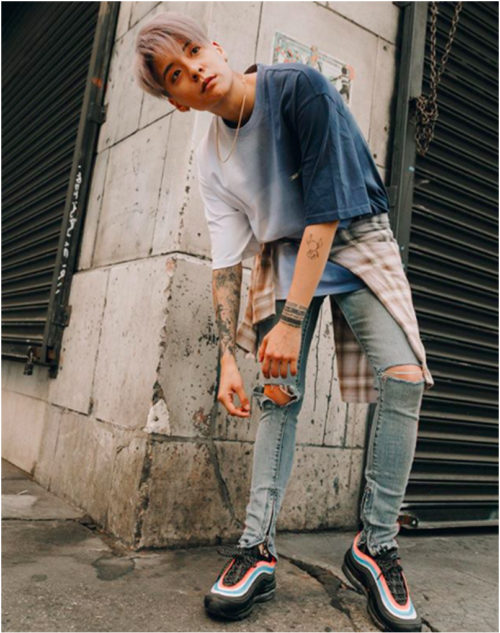 Not all songs are about heartbreaks and romance, most of the idols have predominantly hit charts talking about various social issues upfront using their platform. Epik High, a popular figure in the scene prove to be lyrical geniuses with songs that talk about mental health, life and everything in between. Yoon Mirrae’s ‘Black Happiness’ talks about racism and discrimination to Holland opening about his sexuality, this has become a voice over the normative rules of an otherwise conservative society of South Korea.

One of the idol groups that has created history in the mainstream music world is BTS. These boys have time and again given voice to issues that many would not and talked about self-love, youth, failed education system amongst many others. There is so much more to K-pop than just being good music whose language you can’t understand!

Music videos are an important part of the industry. Popularly known as MV’s, these are highly invested on and what makes this market woven into such an intricate structure is the various actors that play a part in the EXTREMELY well-polished aesthetics of a MV. Every comeback comes with a concept that is so pleasing to the eyes and leaves you fan-girling over it. One of the most interesting things about K-pop MV’s is also their hidden stories and concepts that allow fans to interact and guess what could possibly be the real story. Every comeback is more artistic than the other, from mellow vibes to 70’s rockstar, they are so versatile that the comebacks keep you on your toes at all times!

If you listen to K-pop you are also equally invested in a lot of their culture. Language, food, K-beauty and of course FASHION. From couture to luxury street brands to home brands, K-pop has contributed to the exponentially increasing popularity of bringing the fashion scene to the global market which means that what the idols wear is usually SOLD-OUT at the outlets.

The MV’s are always bold with the outfit choices to fit the aesthetics and the concept of the video just going perfect with their matching wardrobes! 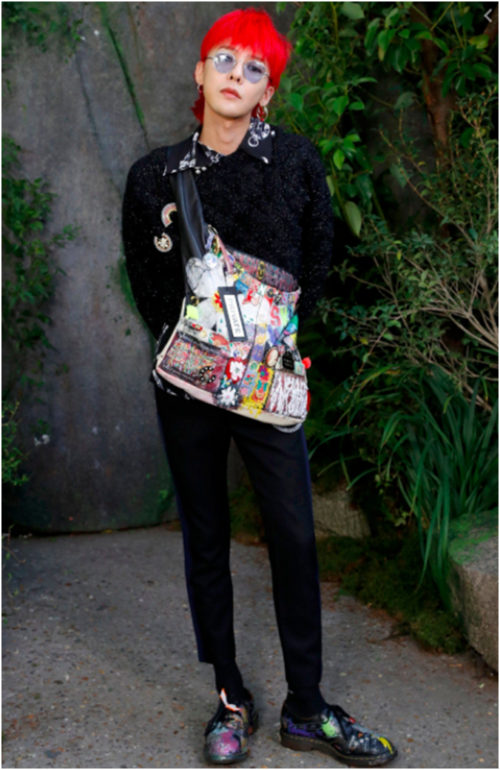 An average American music has 4-5 melodies but an average K-pop music has 8-10 melodies! They enjoy a mix of harmonies and are not afraid of experimenting with languages. The idols are also trained for years before they actually debut as artists which means most of them are skilled at at least two things – dancing and singing. Hitting the note right while synchronising the steps with four other members sure requires a lot of hard work, dedication and skills. A lot of the idols also produce and compose their own music. You will also see that a lot of idols are exceptionally talented popular K-drama actors. Win win? Definitely yes!

What is fascinating besides the multiple other things that make K-pop amazing is its skilled marketing strategies that go hand in hand with the music. They not only sell music but an overall “package” that reaches the community as a whole and not individually which means that if you are in the fandom, it doesn’t matter if you are a thousand miles apart. The internet serves as an important ingredient to the dish. Thus, with the government providing A-class internet facilities, it further allows the companies to strategize numerous ways to harvest a global audience. While the influence of Social Networking Sites or SNS in Korea is a story for another day, the internet infrastructure allows to nurture relationship between idols and fans. Frequently these idols use their SNS to have live interactions with fans around the world to make them feel closer and also allow them to see their personal lives via reality and variety shows. Merchandise of idols, albums with photobooks, fandom lightsticks, brand collaborations, you name it and they serve it. The fanmeet concept of K-pop is another brilliant idea where the fans get an opportunity to sign albums, play games and click pictures with their favorite idols. 10/10 I’d say for all that your pocket can hold, it is all worth it.

The cherry on the top about being in a fandom is that the members become a family within no time. They are so passionate and their enthusiasm can at times seem overwhelming to the average everyday person. These fans stay together to talk about their beloved idols, become each other’s best friends and even seem to be able to talk openly about things besides K-pop with just being friends online! Besides being a significant participant in both the making and breaking of the idols, these communities believe in creating a cultural movement that almost seems insane but trust me, if you are a part of this movement you are surely making at least one of your family or friends listen to K-pop whether they like it or not! These fandoms unite together to celebrate their idol’s birthdays and anniversaries and  even donate millions of dollars to various social causes! 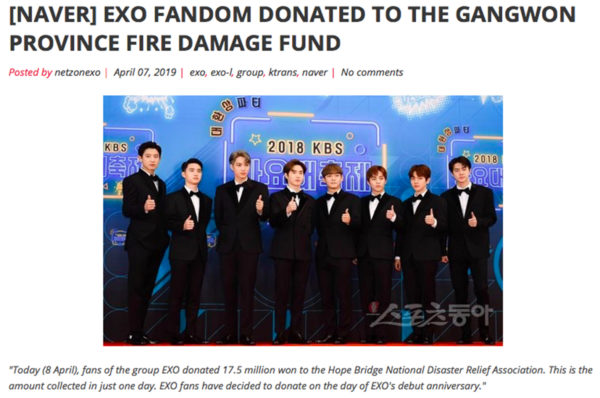 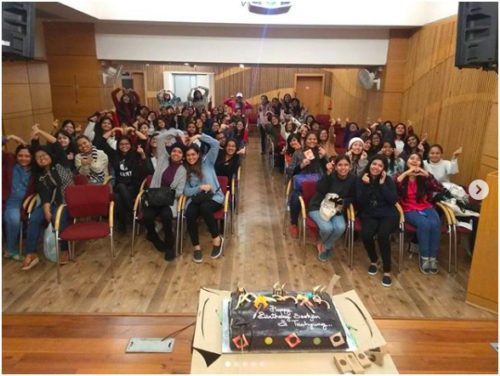 Over the years, K-pop has emerged as one of the most dominant forms of pop music globally, and it’s only set to get bigger. A lot for “getting it right” goes behind the whole of a single production of K-pop music and thus, I think it is safe to say that it is difficult to simply put it as a genre, it is a cultural phenomena and majorly influencing the young, the old, the millenials and alike.

Comment below if you are also a K-pop lover. 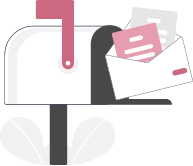 We promise no spam. You can unsubscribe at any time.

Get to know the 6 best skin detoxifying ingredients! 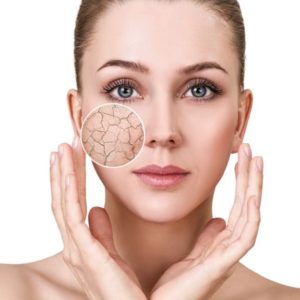 How Strong Is Your Skin Barrier 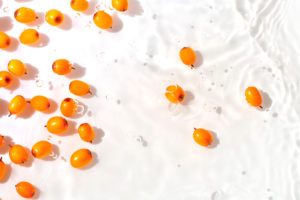 Everything You Need To Know About Cleansers 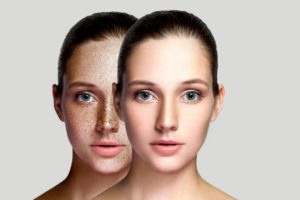 Get to know the 6 best skin detoxifying ingredients!

Confess your sins away 🙉 We’re ready not ready to hear it all! #skincaresin #kbeauty #helloskin #skincareroutine

We all love a specific ingredients in our skincare but there is one that has really caught the attention with amazing benefits for our skin. Niacinami…

Looking for an Essence to give your skin a boost of extra hydration this winter? 💧 The I’m from fig boosting essence will give your skin the perfect a…

Fine lines, wrinkles, and winter skin dryness robbing your skin of a healthy, glowing and dewy complexion? Well, you just have to turn it around and g…

Send this to a friend